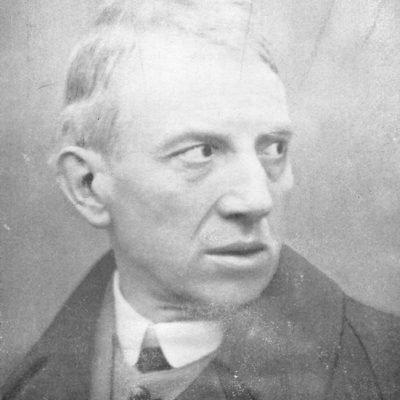 A potter, decorator and painter Gemignani studies at the Academy of Fine Art in Florence under the guidance of Antonio Bortone, Augusto Rivalta and Giovanni Fattori. From 1906 to 1915 he lives in Berlin where he enjoys a certain notoriety. In Germany he is active as a potter at the Imperial Factory of Rosenthal substituting Filippo Cifariello. He returns to Florence in 1915 and in 1920 spends a year in South America working on numerous public pieces. In 1922 he takes part in the competition for the monument to Madre italiana (Italian Mother) in Santa Croce in Florence and later produces the monument to the Fallen in Pisa (1925) and to Giovanni Fattori in Livorno (1925). The small bronze portrait Giovanni Fattori (1902) is evidently inspired by the climate of Florentine Realism. This work is now in the National Gallery of Modern Art in Rome. From 1915 onwards his works becomes more robust in their sculptural quality and the last years of his working life are spent creating majolica for the Manifattura Fiorentina della Lastra. In 1898 he exhibits in Venice and his piece is bought for the Museum of Constantinople. He shows in Venice in 1914 and 1936. He regularly takes part in the exhibitions of the Society of Fine Arts in Florence and shows in Rome in 1921 and 1939. In 1922 he shows at the Fiorentina Primaverile and the Turin Quadrennial Exhibition in 1923. His work is shown in Fiume in 1927, Montecatini in 1931, Budapest in 1936 and San Remo in 1939. His works are preserved in the Galleries of Modern Art in Milan, Florence and Novara.