Son of Caesar, ancient family of carpenters, cabinetmakers, and Dina Chini, daughter of Pio Chini and a cousin of Galileo Chini. He studied initially in Borgo San Lorenzo and later, in 1922, he enrolled at the Professional School of Decorative and Industrial Arts in Florence in 1929 and specializes in decorative sculpture (art of wood) under the guidance of Libero Andreotti and Augustine Giovannini . His early works affected by the teaching of the masters and Andreotti in particular. During the frequency of the Art Institute he met Antonio Berti, which binds with a friendship that will last a lifetime. Classmates were also Delio Crabs, Marcello Fantoni, and villagers Arrigo Dreoni, Dino Molinelli, Orlando Collalto. Just graduated, in 1929, he moved to Tolmezzo in Friuli, where he teaches at the local art school until 1939. In the many years of living in Tolmezzo, Bini made ​​numerous works also intended architecture. Returning to Borgo San Lorenzo is dedicated to the teaching of design at the Professional Institute “John Lapi”. The return to Borgo San Lorenzo, instead of increasing the opportunities to create new works, will lead instead to a lessening of artistic primarily due to the war, but also to his commitment at his father’s carpentry that involves him in a commercial logic basically. He was Drawing Professor at the Liceo Scientifico of Montevarchi from 1955 to 1962, he went back to teach at Borgo San Lorenzo until 1980 when he was awarded a gold medal for merit for services rendered to School, Culture, and Art by decree of the President of the Republic.
The few works created after World War II were mostly performed to meet the insistent demands of the clients. Among the many portraits, genre dominated his output, also realizes the great “Crucifixion” of the parish church of Faltona. In 1946 he designed the Shrine of Barberry Lamone, ne1 completed in 1964. Mario Bini’s commitment is also reflected in the protection as an honorary inspector for the Superintendence of Architectural Heritage of the Mugello.
Federica Marrubini 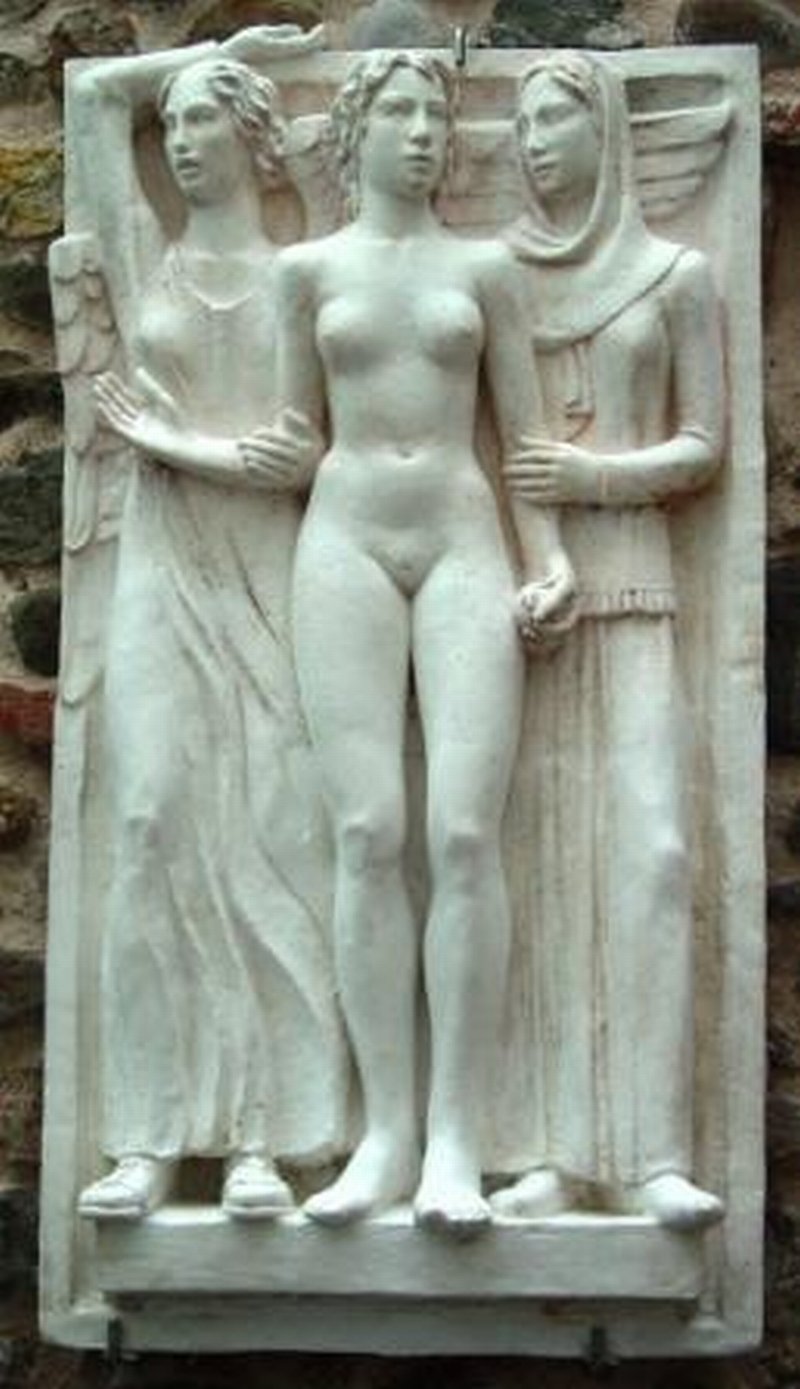